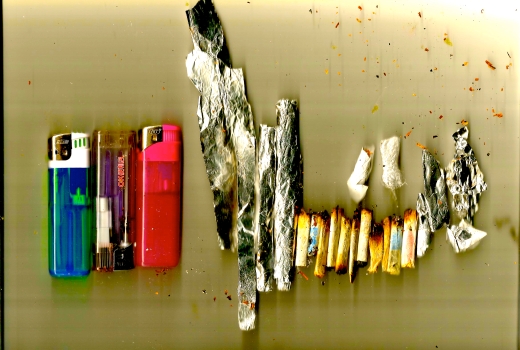 Breaking Bad, the series about a chemistry teacher turned ICE DEALER, announced its arrival officially. Breaking Bad won countless awards for many years, putting CRYSTAL METH in our lounge room via TV. Breaking Bad taught many people exactly how to cook it, how to sell it and what to expect in the ‘the game’.

10 years ago nobody knew about ICE, not even the police. All of a sudden its an epidemic ! So who put it here? LEts step back in time, in the 80s in America, CRACK Cocaine suddenly appeared destroying everything in its path.

So why would ‘they’ put it here?

On Monday Professor Ellis Cashmore, an author on celebrity and media culture, from Staffordshire University, said the global success of the critically-acclaimed US drama, ‘BREAKING BAD’ could be to blame.

He claimed having the central plot of a popular TV show revolving around the drug would instantly boost its appeal.

Mr Cashmore said: “Although the show does not go out to glamorise the drug, its very inclusion promotes interest in that substance.

“The fact it is a central premise to almost the entire series would serve to boost this interest for people who perhaps had not encountered it before.

“One of the central protagonists Jessie, played by Aaron Paul, is portrayed as a drug addict and he is now a Hollywood A-Lister. He is a bit of a sex symbol.

“The fact this character who we grow to love is taking crystal meth instantly makes people curious.

“We live in a hedonistic generation where people are seeking pleasure from various sources, and increasingly these are be found in the most illicit forms.

“Even if a TV show, like Breaking Bad, portrays drugs in a negative aspect and showing its most destructive side, it will still appeal to somebody.

“Showing the horrendous impact of crystal meth can have a boomerang effect and cause curiosity among some viewers who might think ‘that must be good’.

“I’m not surprised following the success of Breaking Bad that we have news of a surge in the use of methamphetamine.

“The fact millions of people have watched the show and been entertained by it almost instantly glamorises its subject matter, whether deliberate or not.”

Prague, is now the epicentre of the crystal meth industry, said to be the source of a staggering 95 per cent of all batches consumed in Europe.

In the show – which has won numerous Emmy and Golden Globe awards – one episode focuses on a scheme to export methamphetamine from New Mexico to the Czech Republic.

In reality, police say it is also down to a much more sophisticated production and distribution network run by Vietnamese gangs based in the Czech Republic.

Colonel Jackub Frydrych, from Czech Republic Police, who heads the team trying to disrupt the trade, said: “There are booming markets.

“I will give you an example: in Japan there is a big mark up of about £435 on each gram of crystal meth.

“From a profit perspective it is one of the most dynamic markets.”

Home office figures revealed the problem is also much closer to home with around 17,000 people believed to have used crystal meth in 2013.

Border police intercepted the drug on 252 occasions last year, rising from the 61 seizures recorded in 2011/12.

A number of ‘meth labs’ have been discovered in the UK but the majority of the country’s supply is thought to be smuggled in.

Officers in England and Wales recorded 110 seizures of the drug in its non-injectable form in the last year, compared to only 24 incidents in 2008/09.

Record levels of methamphetamine seizures and emergency call-outs are ringing alarm bells across Australia. In the state of Victoria, the number of deaths from the drug known as “ice” has more than doubled in two years. It is Australia’s drug of choice among the young, who create a lucrative market for drug syndicates. But the addictive nature of “ice” is destroying families one hit at a time, with steep rises in violent attacks and mental health problems.
In this edition of 101 East, we investigate Australia’s fight to save its young from falling victim to the ‘Ice Age’.

Methamphetamine or “ice” is a highly addictive stimulant that has currently succeeded in infiltrating all strata of our society, taking a heavy toll on the addicted and their loved ones. The good news is, that no matter how severe the addiction, it can be overcome with the right treatment approach. One that addresses both the physical withdrawal symptoms and identifies and deals with the underlying causes of the addiction – which when left untreated is usually the cause of methamphetamine relapses.

To finish this article, i just want to remind people that things just dont appear out of nowhere.. The ice epidemic has been planned, to destroy a generation of Aussies, and turn their children into future Governtment slaves.

This site uses Akismet to reduce spam. Learn how your comment data is processed.

X.I.A.H.B.U is an acronym..
Xcellence In Abstract Harmonys Beats Unlimited.
Xpat in another habitat Brizzzy Usually